Why is the Total Paid Column Different than Total Billed?

The Total Paid column may sometimes display a greater value than the Total Billed column when claims are submitted more than once.

The following shows the Batch History screen broken into several parts to describe the Total Billed, Total Paid, and the Remitted columns.

1. Total Billed- the cost of all of the claims billing in this cycle. 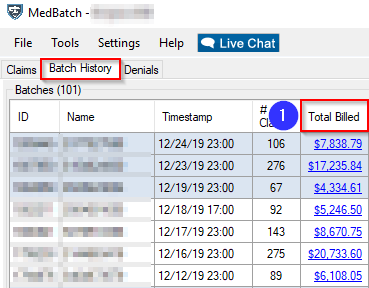 2. Total Paid– the total amount ever paid on the claims that were billed in that batch, not just in this billing cycle. 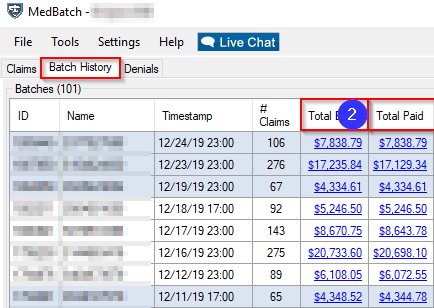 3. Remitted - the total amount of the Billed claims that will be paid for that remittance cycle.